* In case of any delay in receiving the OTP, you may verify it later. Please proceed without verification.

Your mobile number is not registered with us. Please register your mobile no.

Enter your City name or Pincode

Banki is a small city in the state of Odisha. Located in Cuttack district of the state, this town is a sub division as well as a notified Area Council. The origin of the name ‘Banki’ is from ‘Bakra Durg’. The fort of king of Banki is slightly round shaped. Bakra is an Oriya word that implies bend/round. The name “Bakra Durg’ later used as Banka Durg in folk Oriya. The word Bank was later changed as Banki. 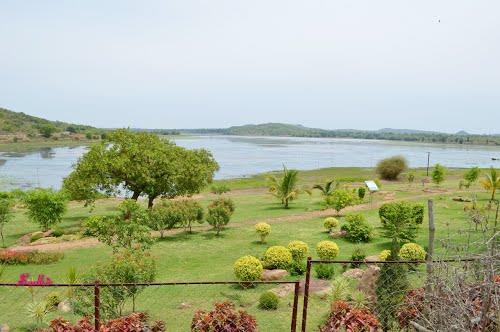 Banki town is situated at 20.38°N 85.53°E with an average elevation of 48 meters or 157 feet. The city is located in the southwest part of Cuttack district at a distance of 47 km from the district headquarter Cuttack. Situated on the Southern bank of river Mahanadi, Banki city is 35 km away from Khurda in south, 54 km away from Nayagarh and 45 km away from Dhenkanal. It is also at a distance of 58 km from state capital Bhubaneshwar in south east. Banki is surrounded by Tigiria Tehsil towards North, Banki-Dampara Tehsil towards East, Athagad Tehsil towards North and Badamba Tehsil towards West. The nearby cities to Banki are Khordha, Dhenkanal, Jatani and Bhubaneshwar, while the nearest villages are Similipur, Bilipada, Durgapur, Dhansar and Bandalo.

Banki experiences tropical wet and dry climate. Summer in the city is very hot with maximum temperature of 43°C. But the winter season provides a chilly climate with minimum temperature of 90°C. The months between June and September are the rainy season in Banki and there is an annual rainfall between 75 and 150 cm. The average temperature at Banki during summer is 40°C, while it is 13°C during winter season.

Banki is a tehsil in Cuttack district of Odisha. It is also a legislative assembly constituency in the state. The current MLA of this constituency is Pravata Kumar Tripathy of BJD (Biju Janatha Dal).Banki legislative assembly constituency comes under Cuttack parliamentary constituency, which is one of the 21 parliamentary constituencies of Odisha district. Bhartruhari Mahtab of Biju Janta Dal is the current MP of this seat. Being a Notified Area Committee city, Banki is divided into 17 wards. The Notified Area Committee controls the supply of water, electricity and sewerage etc. to the people within its jurisdiction. It also imposes taxes on properties that come within its limit.

Even though a small and developing city, there are many tourist attractive spots in Banki. Most of them are ancient temples and natural sceneries like lakes and hills. Some of the famous places to enjoy are Anshupa Lake, Charchika Temple, Barmhei Temple, Sunadei hill, Kalika Prasad etc.

Charchila Temple, one of the oldest places in Orissa and is home to eight-armed goddess Chamunda, which is the presiding deity here. The goddess is also locally known as Maa Charchika Devi. Seated on a prostrate human body, Chamuda Devi wears a garland of human skulls and holds Khadga, Shula, Katari and Varadamudra in her four right hands. The four left hands represents, blood cup, severed head, “damaru” and leaving a finger of the remaining hand soaked in blood. Charchika templs is located on the top of a small hillock Ruchika Parvata, which is on the bed of the Renuka River in Banki. Even though Charchika temple was reconstructed in the 19th century, it is believed that the deity of the goddess can be assigned to the 9th -10th century. It is believed that Parashurama created this idol. The temple was constructed using stone and the entire surface is thickly plastered with lime. The walls are also white washed. There is a wooden mandapa in the temple, which is known as ‘’Sunyavahini mandapa”. You can see the wooden ceiling of the mandapa are beautifully carved and painted.

Episodes of Bhagavata Purana with decoration of birds and animals like duck, parrot, elephant and peacock etc. can also be seen on the ceiling. Besides, the floral motifs, scroll and jail works, lotus medallions, animal hunting, horse rider, gaja-vidalas, mithuna and maithuna images also decorate the temple. The enshrines of our-armed chamuda, four-armed Mahisharuramardini Durga and an eight-armed Chamuda can be seen on the north, west and southern sides respectively. Situated in the heart of Banki, Charchika temple is a good to visit during Durga Puja. Many devotees visit this temple to attend this Hindu festival conducted in the month of October. Kumar Purnima is another main festival celebrated in the temple. It is celebrated five days after Dusshera.

Anushpa Lake is a fresh water lake in the shape of a horseshoe. Spread over 141 hectare, this lake is located on the bank of the Mahanadi River and lies opposite to Banki. Anushpa Lake gives shelter to migratory birds during winters. Situated amidst Saranda Hills and surrounded by bamboo tree greenery and mango trees, Anushpa Lake is an excellent place for boating and fishing. That is why itself, it holds a major position in the tourist map of Odisha. Anushpa Lake is 40 km away from Cuttack city and 50 km away from Bhubaneshwar. A state highway that connects Athgarh and Banki is passing by Anushpa Lake. There are some bamboo cottages on the top of Saranda hill that arrange the refreshment facilities for the tourists. Realizing the importance of Anushpa Lake in tourism of Odisha, the State Government has taken initiative steps to make it as one of the most famous tourist destinations of Odisha.

Banki is a popular tourist place in Odisha. The only basic utilities and services that you can see in Banki is post office and a few bank branches. However we can hope significant development in this area in future, as the state government is trying to emerge Banki as one of the important tourist locations of Odisha.

Banks have important role in the development of a place, as it can encourage the saving habit of the people and also help them for starting various small and large scale businesses by providing loans. Nowadays, the cities that do not have at least one bank branch are very rare. Banki, even though a small city in Odisha, has a few branches of some popular nationalized banks.


Banki at a glance

Are you a Business Owner?

Add the products or services you offer